I admit it. I'm a value shopper when it comes to Second Life clothing & fashion. My attitude towards prices probably comes from my own experience making and selling my own line of clothing several years ago. If you make an item, price it reasonably, you'll get more than $L in return. You win the loyalty of your customers AND you feel like you've given this crazy virtual world something in return.

I rarely priced anything over $99L and when I did, it was usually something completely and unique and unobtanium elsewhere. Fast forward to 2020 where everything is mesh, has to be modded for 10 different body shapes and requires even more attention to the details. Uggh. I'm glad I'm mostly just a shopper now and only occasionally try to make things.

In spite of the increased effort that goes into making just one outfit, there are still designers who produce amazing things at reasonable prices. For shoes, nothing beats KC Couture. Usually, when Klari55a (yes that's KC's owner and designer's name) brings out something new, she sells it for $99L for one week via VIP member announcement. Then the price goes up to $149L or $199L. Still a bargain because ALL of KC's shoes are HUD driven meaning you can color customize everything from the soles and insoles to the uppers and laces and buckles. If you like that cute pair of strappy stiletto sandals, you actually get 1000s of variations via the HUD. Literally. I can't tell you the number of times I've bought an outfit that needs a special color of shoe to make it "perfect" and wind up slapping on KC Boston or Suami heels. A few clicks of the HUD later and I've got the perfect match with say blue & white straps or yellow & black straps.

Another one of these great designers is Hilly Haalan (HH). Many of her items, like KC's, are HUD driven so with one purchase you often get 20 or more variations. Often she'll make half the variations in some sort of texture pattern with the other half different solid colors. Or for some of the more risque outfits, you might get both transparent and opaque variations. I can just imagine the work that goes into making versions for Freya, Hourglass, ISIS, Maitreya,Venus and Physique AND having the HUD change out the parts. And just like KC, they are very reasonably priced. HH also does frequent sales.

Which brings me to customer service. I have found HH outfits always fit correctly for my Maitreya Lara body. So a few days ago, I bought a new outfit (Skyla only $99L on SL Marketplace) without demo-ing. (Note that demos are ONLY available at her in world store.) Well for the first time ever, I had a mild complaint. Because the skirt was asymetrical, it couldn't really be alpha'd with the Maitreya Lara HUD. And with any leg movement, my inner thigh would show.

Anyway, I thought it was worth mentioning to Hilly so I did and suggested it probably should be rigged. She explained, not unexpectedly that rigging caused too much texture stretching and for this outfit, the best solution was to alpha part and restrict leg movement using an AO.

She also offered me my choice of a different outfit which I never asked for. I mean for $99L, I'm really not that picky lol. But a very nice gesture none the same. Plus the jacket and semi-bandeau top both work well by themselves as do the crazy high heels.

So what did I pick? A very cool retro look outfit (Tiffany) with bell bottoms, purse, platform heels (which fittingly, barely show from under the jeans) and a delicious cotton gauze looking top. Also $99. See below.

Oh and I wouldn't change a thing about it.

LINK to Hilly Haalan on SLM

Demos are at Main in-world store only.

My friend Pixy Snook has a VERY unique design style when it comes to skins, makeup and other goodies. She has outdone herself on the creative scale with Cosmos skins in 8 different colors for BOM and Omega. Each tone is only $100L exclusively at the Fantasy Faire location!!

Since Linden Lab will be allowing name changes for premium accounts in early 2020, they've decided to hold a contest to solicit new, creative last names.

You get to submit three ideas and the winners, regardless of premium status or not, will get to change their names for free (saving a $40L charge).

They won't be reusing any old last names so here's the "banned" list: http://wiki.secondlife.com/wiki/Linden_Lab_Official:Current_Last_Names

Now's your chance to have that last name you always wanted. Personally, I'm going for Snickers Trump, Snickers Schiff or Snickers Pelosi.
Posted by Snickers Snook No comments: 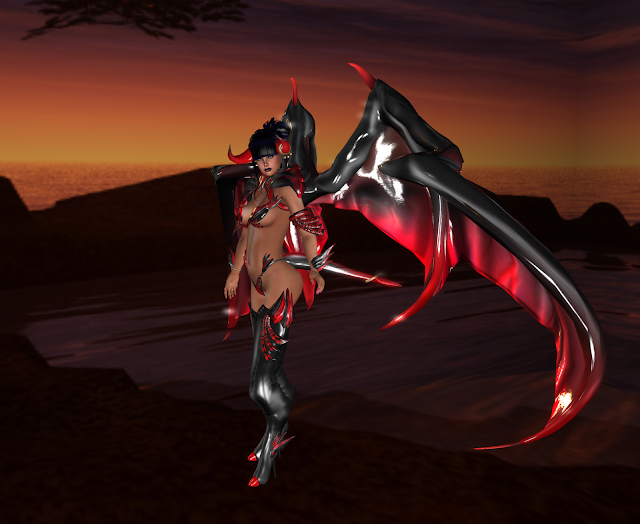 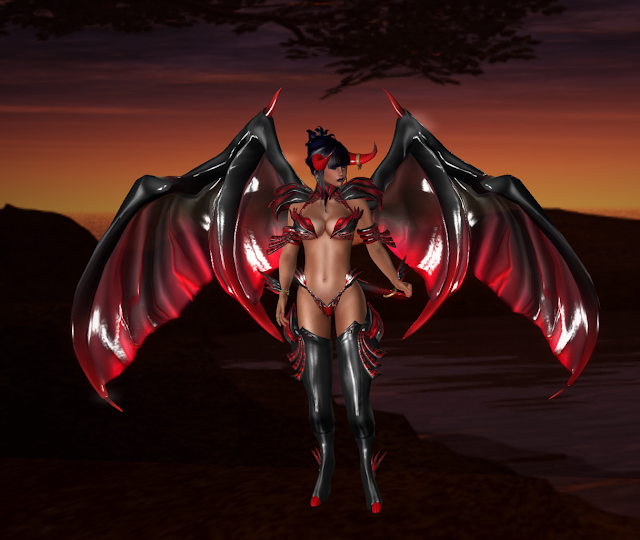 Since it's Halloween time, what's better than dragging out your favorite sexy devil costume? Here's mine. It's from Bare@Rose (Belior Lady C2) and works well with my Maitreya Lara body and Lumae Eirtae skin. Hair is Rezology Epicure.

This is really good news and I'm surprised I missed it. The folks supporting Radegast released a new version (2.28) on August 19 which fixes a lot of the problems introduced when Linden Lab finally pulled support for some (long) outdated asset fetching protocols. This blew up a number of viewers including Radegast, Lumiya and Singularity. Singularity has released some beta fixes. Lumiya is apparently an abandoned project. Radegast is staying current!

From the Radegast blog:


The current supported method for fetching assets is now supported in 2.28. This is an update you will really want to do. It fixes missing functionality like playing inworld sounds and animations, viewing landmarks. You may also notice a little more “pep” when fetching textures and mesh.

Beside those changes, there are some minor fixes regarding command line arguments, and an OpenTK update. I have more in the works, but wanted to get this change out as soon as possible and as bug free as possible.

So it you need a lightweight viewer capable of most Second Life functions, give Radegast a shot. It's perfect for chatting, running multiple instances as bots or on older systems without the graphics or processing power of new ones. You will need Windows .NET 4.6.2 and it does not yet run natively under Linux or MacOS.

On July 2, Second Life users using the release version of Singularity Viewer started experiencing bake fails (avatar as cloud), inventory issues and other problems. Turns out Linden Lab formally turned off access to some server-side APIs grid-wide that had long been scheduled to be shut down. Apparently Singularity had some leftover code tstill using those APIs causing the issues.

At first the Singularity devs recommended switching to one of the nightly development builds but that turned out to create new problems (those things are generally alpha releases and not suitable for primetime). A couple of emergency roll-outs later and things are more or less back on track. Assuming you want to mess with nightly releases, here's the link: https://virtual-nexus.xyz/down/

For a more complete (and technical) write-up about what happened, read Singularity Goes Sideways from Nalates Urriah's blog. (If you aren't subscribed to her blog you should be!)

Now if you're like me and don't really enjoy messing with alpha releases there is an alternative -- Cool VL Viewer. It's lightweight and easy on lower powered systems, uses the classic interface and is actively maintained and updated reliably. For more details and downloads, visit: http://sldev.free.fr. When I need better framerates and want to run more than one avatar at a time, I use Cool VL Viewer. It's been very solid for me.

Yes I can hear you yelling "BUT SNICKERS! IT'S NOT ON THE THIRD PARTY VIEWER LIST!" No it's not. The developer, Henri Beauchamp, states that it is TPV compliant but he doesn't want to release his private info to Linden Lab AND he believes the laws in France say that he shouldn't have to. That's fair and to his credit, I have never heard another developer EVER question whether Cool VL Viewer was safe or not.

I really do hope Singularity can get back to having a solid release version since the more lightweight, capable viewers there are, the better.

UPDATE: If you do want to continue using Singularity, UNINSTALL your current version completely and (as of this writing) install version 7685 from the link above!

NOTE: Users are reporting issues with the Android Lumiya Viewer that sound somewhat similar to the Singularity problems. Since Lumiya hasn't been updated for over a year, it wouldn't surprise me if the two were related.
Posted by Snickers Snook No comments: 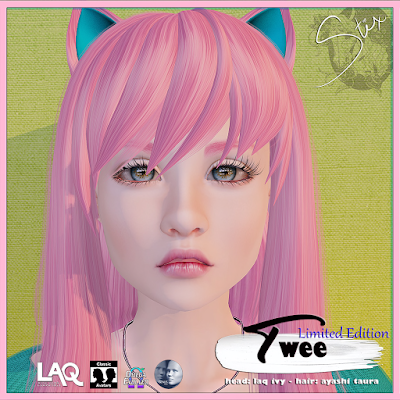 Get them while they are hot! Only 35 available -- 10 on Marketplace and 20 at the Stix mainstore. I'm not going to try to show this skin on me because my look is too different. But trust me, Stix skin photos look exactly as intended.

Total price until sold initial 35 are gone is only $300L.